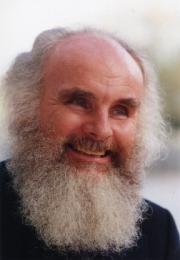 (Rev.) Emmanuel Charles McCarthy is a priest of the Eastern Rite (Byzantine) of the Catholic Church. He was formerly a lawyer, university educator and founder and original director of The Program for the Study and Practice of Nonviolent Conflict Resolution at the University of Notre Dame. He is also a co-founder of Pax Christi-USA. For over forty years he has directed educational programs and conducted spiritual retreats throughout the world on the issue of the relationship of faith and violence. He was the keynote speaker for the 25th anniversary memorial of the assassination of Rev. Martin Luther King, Jr., at the Lorraine Motel in Memphis, Tennessee.

He is author of three books: All Things Flee Thee for Thou Fleest Me!: A Cry to the Churches and Their Leaders to Stop Running from the Nonviolent Jesus and His Nonviolent Way, August 9, and Christian Just War Theory: The Logic of Deceit. He has also authored numerous essays and articles on the subject of violence and religion. His audio/video series on Gospel Nonviolence, Behold the Lamb, is internationally recognized as the most spiritually penetrating and logically ordered presentation on this dimension of the person and teaching of Jesus available in this format. Emmanuel Charles McCarthy was nominated for the Nobel Peace Prize for his life's work on behalf of peace within people and among people.